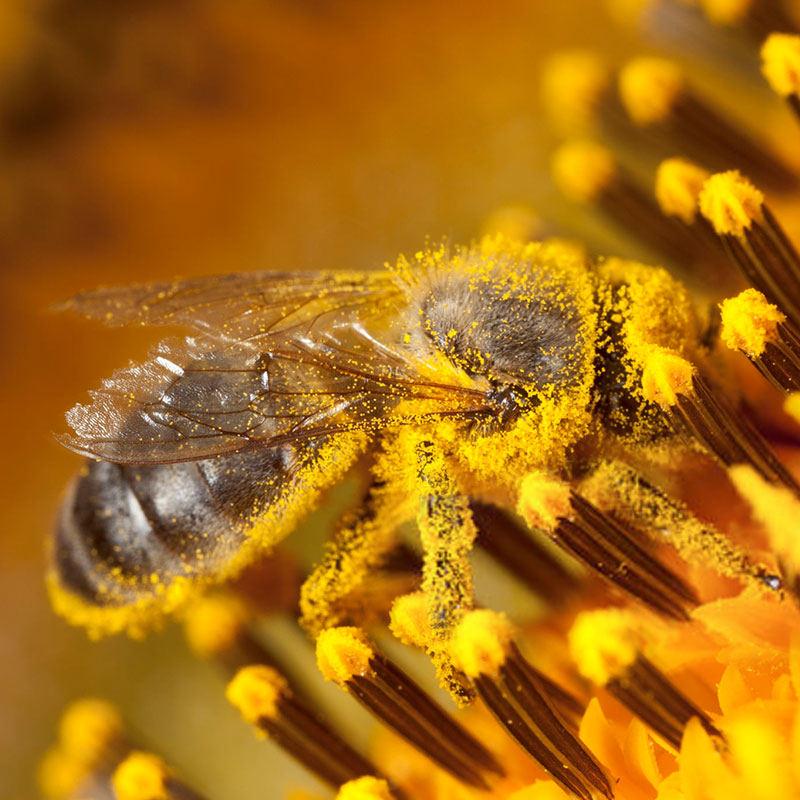 You may be surprised to know that bees carry the weight of the world on their shoulders since they work for everyone else. According to Greenpeace they are responsible for eighty percent of the global pollination. Losing them means all the plants they pollinate will die plus the animals that feed on them.


They Are Super Pollinators


Pollination is the process by which male pollen moves into the female part of the flower. This process relies on wind and animals to transport it. Some plants like corn make light pollen which is easily blown away by wind to pollinate it. Other plants attract bees and birds by forming nectar and pollen.


When bees collect pollen and nectar from plant’s flower, some from the male parts (stamen) stick to the hairs of her body. When she visits the next flower, some of this pollen is rubbed off onto the female part (stigma, or tip of the pistil) which results in fertilization.

You probably enjoy the taste of honey, one of the most nutritious foods made without human interference and a natural antibiotic. Bees produce it to store food for their colonies on months that they cannot go out and forage due to bad weather.


Humans have harvested honey for centuries. In recent times, they have domesticated bees to commercially exploit honey and other products like beeswax, propolis, royal jelly, and bee venom. Creatures like birds, cricket, wax moth, mites prey on bees as their source of food.

Bees build homes for millions of insects that exist in the wild by making intricate hives. They are important in the growth of forests, woodlands, and other forest vegetation which house creatures like birds, insects, squirrels, and honey badgers.


If bees became extinct, the animals that feed on these plants would disappear as well. They increase the rate of pollination for natural vegetation which increases the quality of forage for livestock and maintains a carbon sink that stores atmospheric carbon.

Have you heard of the elephant bee fencing? This is practiced near parks to ward off elephants that stray into farms and destroy crops. This is done by putting hives around the compounds. The scent of bees and their buzzing sound deters the elephants from coming close to the homes.


It’s been piloted in Kenya near the Aberdares, Tsavo, and Amboseli National Parks because beekeeping is an age-old tradition. It becomes easy for the communities to adopt this fencing method as they reap the benefits of beekeeping.


In conclusion, according to Albert Einstein, without bees, human beings will only have another four years to exist, the animal populations will drastically decline and most of the plants we know will cease to exist.

Why You Need the ApiTrace System.